A Changing of the Guard at Lorikeet Centre 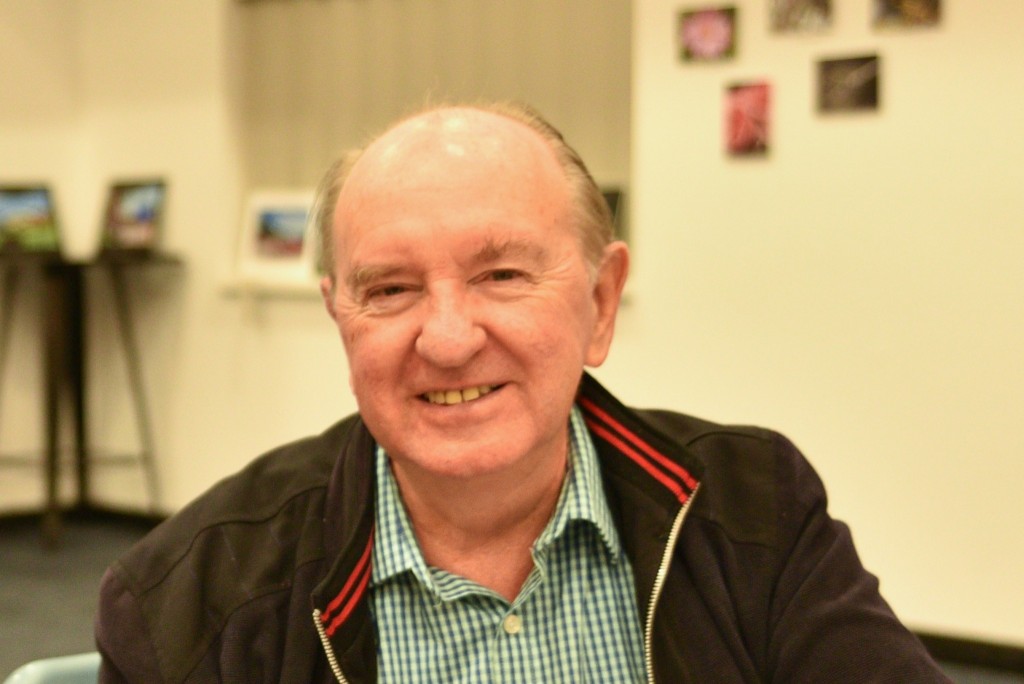 This week, we see a changing of the guard at Lorikeet Centre as we farewell Ernie Hansen, Lorikeet’s Program Coordinator of seven years. Ernie is embarking on retirement, however before he leaves, we sat down to chat to him about his career, his time at the centre and his plans for the future!

I started working in menswear stores when I left school at the age of 15 in the 60’s, starting as a sales person and working my way up to managing Jeans West in the 70’s (when denim was all the rage!). I then went on to work for Tony Barlow’s and Roger David’s, managing stores for them, and then onto Solar Hart where I became the top salesperson Australia wide in the early 80’s.

I then decided I needed a change of direction, moving into something where I helped other people, and so I went to TAFE to study a Diploma in Social Sciences and then onto university to study Justice Studies.

After studying, I worked for 16 years at Outcare, where I visited men’s and women’s prisons to help people prepare for release from prison, including helping them to find accommodation and employment. I also worked for the Department of Justice at a bail hostel, monitoring people on home detention. And from there, I moved on to take a CEO role at 55 Central and then Bartholomew’s House, where I was a Manager for two and a half years.

By this stage I was considering retirement, however during a visit to the Lorikeet Centre on one of their open days, I met Sandra Vidot, MIFWA’s previous CEO, which led me to take a job here – and that’s where my story at Lorikeet Centre begins!

One of the highlights of my career was being nominated for Australian of the Year in 2016, and receiving an award from Rotary international for 25 years of service supporting socially disadvantaged people.

Tell us a bit about Lorikeet Centre

Every day is different at the Lorikeet Centre, which is why we have so many members and why so many people come here. We provide a diverse range of activities and opportunities including art therapy, fitness and healthy eating classes, reflexology, and cooking classes. We coordinate a variety of presenters to come in to talk about various topics such as employment, health and hygiene. We also have a garden plot, where we grow fruit and vegetables to use in our classes, and provide affordable lunch options for people to purchase. And once a year, along with another organisation, we take people out deep-sea fishing, and go on an annual camp. We’ve been everywhere from Kalbarri to Albany.

Lorikeet is a good place for people who have been discharged from hospital, as they can come here to get out of the house and to meet people. It also gives them a chance to stop thinking about their mental illness and to start thinking about the good things that can happen in their life. These days we receive so many recommendations or referrals from hospitals because they’ve seen the difference coming to Lorikeet can make for people.

Reflecting on 7 Years at Lorikeet Centre

I’ve been the Program Coordinator at the Lorikeet Centre for seven years, starting out when we had about 300 members and approximately 10-15 people in each day for lunch. Today, we have about 850 members, with 250 regulars coming in throughout the year and about 40 members visiting the centre daily.

When I started in the role, I saw an opportunity to grow the centre, and so I started visiting local hospitals and agencies to talk to patients and staff about what we did and how we could help to improve the lives of people living with mental illness. I also obtained a grant from Lotterywest for the refurbishment of the centre, where we had the whole centre refurbished including painting, new flooring and furniture, and kitchen renovations.

I also started a poetry program. I didn’t know it was going to be so big, however it took off and so I got a grant to start publishing our own ‘Open Your Mind’ poetry book, which we’ve now done for seven years.

How has Lorikeet Centre helped people over the years?

I’ve seen a lot of success stories come out of Lorikeet over the years. One that comes to mind is when I first started at Lorikeet Centre. A guy with schizophrenia had been sleeping out the back in their car for a number of years, and I soon discovered that they were an excellent cook. I asked him to cook and soon he took over the cooking for everybody, with assistance from volunteers. He learned to play the saxophone, and we’d often hear him out the back practicing. I helped him to find accommodation, and he now has a job playing the saxophone for older people in an aged care service, has his own home near the beach and has bought himself an electric bike.

During the week, we hold an open day where anyone can come into the centre. We also hold our annual poetry competition, where anyone with a mental illness in Western Australia can enter. It’s good because entrants get recognition, which helps build self-esteem. MIFWA also host a number of other programs throughout the week.

What next for the Lorikeet Centre?

Later in the year we hope to be establishing a community shed with Cambridge Rotary, which is like a men’s shed but for both men and women. It will give people the opportunity to learn things like woodwork, metalwork, jewellery making and photography. We’re also starting free guitar lessons soon, which I see as a positive way to support people in their recovery. And we have just received a grant from Be Connected which will assist members over 50 years of age to improve their computer skills.

What next for Ernie?

I will be enjoying life and smelling the roses, taking time out of my busy schedule to enjoy and appreciate the beauty of life. More travel is on the agenda. My wife and I have been a host family for students from many countries and they have invited us to their countries, so we will be visiting them. I will also be getting more involved in the church and spending time looking after my garden. My wife will also be pleased to have me home because she doesn’t work anymore.

Our PeopleThe Lorikeet Centre
Back to our Blog